Commotion on the Ocean 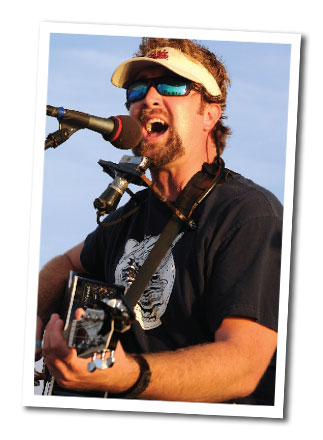 Cory Heydon has been playing for the Key West Fury “Commotion on the Ocean” for almost three years now. His talents include being a singer, songwriter, guitarist and harmonica player. These talents have successfully helped to grow the “Commotion on the Ocean” idea from a two day program into a full week of music. The Cory Heydon Band performs 6 nights a week (Tuesday through Sunday). Thousands of songs have been serenaded into the amber light of hundreds of sunsets. Fourteen of those songs have been captured on a CD. The Cory Heydon Band “Live, on the Fury” CD release party will take place on the Caribbean Fury Friday, October 9th. Departure time is 6pm.

The best sunset cruise on the island was the brainchild of Scott Saunders (owner of Fury Water Adventures), Charlie Bauer (then the GM of The Hog’s Breath) and Nadene Grossman (of We’v’e Got the Keys). Scott’s vision was to have a sunset cruise with music onboard, and procured a catamaran with generators to facilitate the electrical needs of live music. Charlie Bauer was the “music man”, and had access to the great entertainment that he had provided for the Hog’s Breath Saloon for several years previous. Nadene Grossman of “We’ve Got the Keys” has always been an integral part of Fury Water Adventures and came up with the name, Commotion on the Ocean.

Cory had been playing at “The Hog” for 2 years, and seemed like a logical choice to test the waters (pardon the pun). His diverse presence as a one-man act lead itself to a perfect fit to provide music for either mellow sunset viewing or a rowdy booze cruise. The “Commotion on the Ocean” is both. Very few artists can pull off the quadruple threat of vocalist, multi-instrumentalist, songwriter and entertainer like Heydon.

Heydon came to Key West for the first time on weekly stops while performing on cruise ships, He had a regular gig downtown for a month as a break in between cruise ship contracts…that was five years ago.

Cory’s fingerpicking style of guitar playing compliments his bluesy harmonica playing. However, vocals are definitely the feature attraction. He can go from belting out a Led Zeppelin tune or careening a jazz ballad, his eclectic repertoire leaves nobody out.

“The Commotion” started as a one night per week event. After 3 years, it’s success,along with the success of Fury Water Adventures, has warranted a full week of music with The Cory Heydon Band performing Tuesdays through Sundays. Cory says “I’m fortunate to play music for folks, but to do it in such a gorgeous setting…well, I don’t take it for granted”.

Cory is flanked by Terry Wetmore on percussion/vocals and Tom Conger on bass/vocals. Both are seasoned KW professionals. Cory said, “It’s great to play with such talented guys who show up day after day with smiles on their faces”.

Get a Cory Heydon Band/Fury squeeze bottle ,when you get on the boat, with each advance ticket. Tickets are available at all Fury booths, or by phone at (305) 294-8899. For more information on the Cory Heydon Band check out coryheydon.com and facebook.com/coryheydon.

If there’s one thing Key West is known for it’s fantastic music. Stroll down Duval or any other street, day or night, and you’ll soon hear everything from laid-back blues to rock and roll spill out onto the sidewalk. And Fury’s Commotion on the Ocean Sunset Cruise, you’ll get the chance to sing, hum and dance along with some of our island’s best musicians. Each evening our state-of-the-art catamaran transports guests out to sea to witness Key West’s famous sunset. And in keeping with tradition, we bring along some of Hog’s Breath Saloon’s most popular local artists to perform calypso, blues, old rock and original tunes. It’s an evening of great live music and the stunning sunset, a must-do Key West experience.