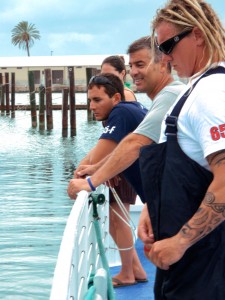 Even though we are the fastest growing Key West water sports fleet, Fury still operates like a quaint family business. With the addition of my little sister Kristy to the Fury catamaran crew this week, it occurred to me just how many sibling pairs, husband and wife teams, and family generations are represented in our tightly knit Fury family.

It all starts with the man in charge, Scott Saunders, who sometimes functions more as a surrogate father to our rambunctious crew than as owner of the company. His father Andy coordinates all of the food and beverage that we serve to our customers during the Ultimate Adventure and the Commotion on the Ocean. The parasail crew looks forward to their banter with Andy every morning, as well as the Monday morning egg and ham biscuits prepared by Andy’s wife Helen.

Scott’s son Brooks has worked on the catamarans for years during the summer when he’s not at school or playing soccer. His daughter Morgan can be found in the Surf Shack during her summer break, too. It’s always a pleasure to catch Tammy, Scott’s wife, around the marina as she has tended to a number of Fury logistics over the years. And we can’t forget about Monika, his niece, who also joins the catamaran crew during her summers home from college. 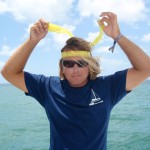 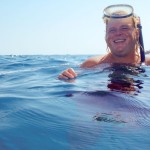 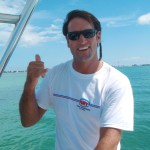 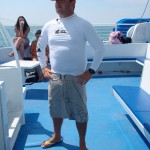 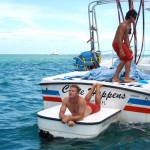 Then there’s the crew… Thanks to parasail Captain Scotty, Fury has had a strong Indiana representation for years. Still around the docks today is Zac, our most senior mate who works on both the catamarans and the parasail boats. Parasail captain and jack-of-all-trades Marius works nearly every day with his cousin Riaan as mate. Another cousin duo is parasail mate Stephen who welcomed his cousin Deanna this winter. She works on the catamarans.

Dubz, one of our senior catamaran mates, was joined this summer by his older sister Lindy from New York. Their eldest sister Letty (and Marius’ main squeeze) contributes her artistic expertise to the Fury Surf Shack. Another sibling trio starts with Kyle who began on the catamarans a few years ago. For a time his older brother Brian was on the team. Now his younger sister Brooke can be found sailing off to the reef as part of the crew. Parasail Captain Davey welcomed his little brother Jaime to the family last summer where he holds down the fort on the catamarans. 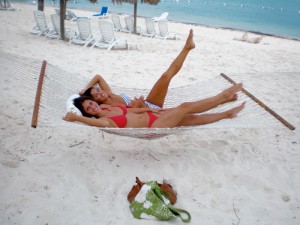 We also have our resident married couple, Eli and Kenna, who sometimes offer a little grounding to the rest of us. Contributing to Fury’s homey morale, the girls in the check-in booth are often treated to home-baked cakes, cookies, and other delicacies from catamaran crewmember Danny’s wife. Catamaran Captain Drew’s sister-in-law Jill can be found sorting out retail at the Surf Shack or sorting out lines aboard the catamarans. 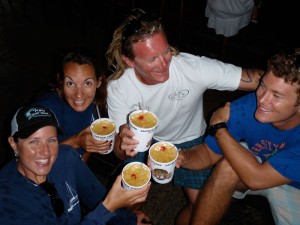 Whether related by blood or not, the Fury crew is one big happy family and I’m thrilled to welcome my sister into the brood. Come on down for a visit. We’d be happy to add you and yours to the family tree!