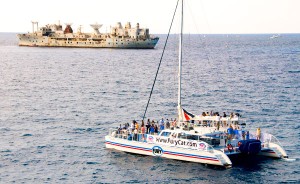 For weeks the USS Vandenberg has been docked in the Navy Mole adjacent to the Margaritaville Marina. Tuesday morning shopkeepers along the docks watched its dramatic departure seven miles offshore towards a sandy stretch of the Florida Straits. This is where the Vandenberg would find its final resting place 140 feet below the sea to create the world’s second largest artificial reef.

Fury was selected as the official press boat and our crew arrived early Wednesday morning to prepare. No ships were allowed within a half mile of the Vandenberg when the explosives were detonated at 10am, but Fury was front row to view the spectacle. The 523 foot long, 17,000 ton vessel sunk within minutes.

Now this World War II era ship commissioned by the Army, the Navy and the Air Force over a nearly 40 year span will serve as a hotspot for divers worldwide. The excitement surrounding the Vandenberg’s sinking could be felt all over the island on Wednesday. I worked with Captain Scotty who said that on his next day off, he planned to dive the wreck. 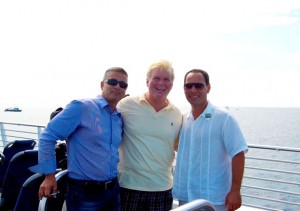 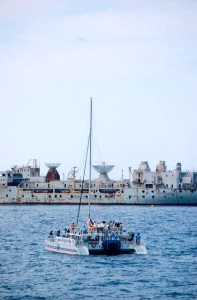 The goal behind the sinking of the Vandenberg is twofold. Not only is it expected to generate tourism in Key West, but it will also present a new ecological habitat for our flourishing marine life. 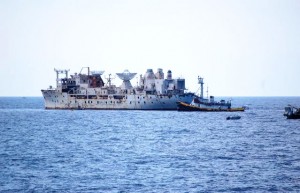 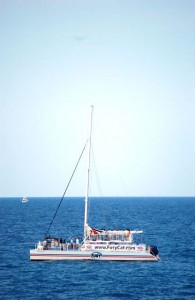