This One’s For Chad – Commotion Fundraiser 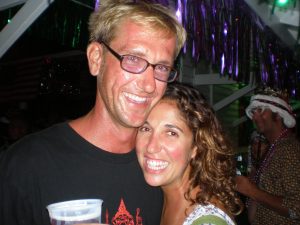 I remember my first day at Fury Water Adventures. It was August 2005. Beau, who hired me, walked me down the docks at the Margaritaville (it was the Hilton then) to the Pacific Fury and introduced me to the crew I’d be training with that day, Captain Chris, Kelly, Josh, Matt, and Chad. Kelly asked me if I’d worked on boats before, and I nervously told her that I’d taken sailing lessons. Matt showed me where to bag ice in the shed, and I listened to Josh’s snorkel speech on the way out to the reef. Everyone was nice and helpful, but Chad stands out especially to me during that first month at Fury.

He showed me little tricks, like how to lift the plates covering the stairs without burning my fingers, how to pull the fin bags through the small hatches on the Pacific, and how to hose off the deck at the end of the night. On top of all that, Chad was friendly. He was probably the first person to ask me to hang out with the crew after work. I’ve always told him that he was my first friend in Key West. The difference between Chad and all the other people I mentioned on my first day is that eight years later, Chad’s still with Fury. And there’s not a new mate since who hasn’t learned from him. 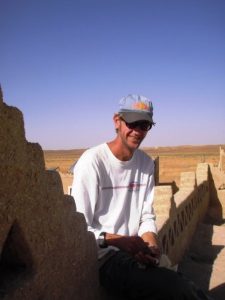 We recently got news that Chad’s been diagnosed with cancer and is not doing so well. In true Key West spirit, Fury’s throwing a fundraiser bash to raise money to send Chad on an amazing trip. He’s a world traveler. I remember when I first met him, he was planning a trip to South Korea. Some of the many other places he’s been to include Cambodia, Vietnam, and Egypt. He’s also attended Burning Man the last few years with fellow Fury crew member Jumah. His free spirit and kind heart is an inspiration to me, and I know to many others.

One of the beautiful things about working for Fury is that we have the freedom to travel and come back. If you’re a good crew member, you’re always welcomed back with open arms. It’s something that Chad, me, and many other longtime Fury crew members have taken advantage of over the years.

I interviewed Chad for one of our eNewsletters last year, and this is what he said when I asked him what he liked best about working for Fury. “This is a tough question as everyone constantly says, ‘You have the best job!’ For me, it’s actually not the obvious, like sun, boat, snorkeling, and sunsets. It’s working with our crew every day, from the owner Mr. Saunders to our manager Marius, to the captains and the mates. It’s a great group of people.” Chad is Fury through and through! And we love him.

Join us Sunday April 28th from 6pm to 9:30pm for a Commotion on the Ocean on the dock at the Historic Seaport by the Conch Farm. We’re asking for a $25 donation per person and we’ll provide all the beer, wine, champagne, margaritas, and sodas you can drink. We’ll also have appetizers to snack on, a raffle, and a silent auction to bid on. And, of course, it’s not a Commotion on the Ocean without a live band. For more information, visit our Event Page on Facebook.