In early March, we had the pleasure of hosting a very special Make-A-Wish guest at Fury Water Adventures. Mackenzie Golden and her mom Jennifer, dad Josh, sister Laynie and brother Lathan from Cherokee, Oklahoma joined us on the Island Adventure and Dolphin Watch tours. The Island Adventure Eco Tour, led by Captain Jay, Captain Mac, Anthony, Kai and Alex, took Mackenzie and her family to see a different side of Key West. They explored the secluded backcountry, tucked away between mangrove islands and calm waters.

The following day, they embarked on a Dolphin Watch & Snorkel Tour, led by Captain Nicole and Anna, to see resident Key West dolphins swim and play in their natural habitat. Afterwards, they cruised to the nearby backcountry for some snorkeling. What a great trip for nature enthusiasts! With the only Dolphin SMART designation in the Keys, Fury ensured responsible dolphin observation.

Mackenzie and her family had an incredible time during their Key West adventure. And although the weather on both trips was quite windy, they said they were used to it as Oklahoma natives.

We’re honored to be a partner with the Make-A-Wish Foundation and would like to extend our sincere gratitude for all that they do for children and their families as well as our wonderful Fury crew. Check out some fun photos from Mackenzie’s trip below! 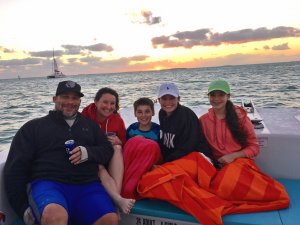 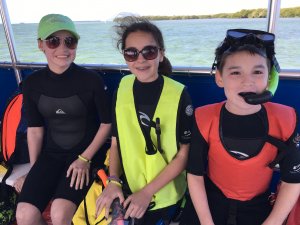 Mackenzie, Laynie and Lathan getting ready to snorkel!